The range of action CODE might engage in, by which I mean attempts to influence people and institutions in ways consistent with its beliefs and goals, looks to be as many and varied as society and its elements. Change to society's governing structures - the Senate and the States to go - campaigns in issues like secondary schooling - curiculum and assessment - the establishment of a more rationally democratic and harmonising presence on Twitter and other social media, with the understanding that implies of the processes debate now does and needs to involve, are a few highlights of those raised in the books.

CODE chapters would act autonomously according to the views and activities favoured by their members, including collaboratively with other chapters. 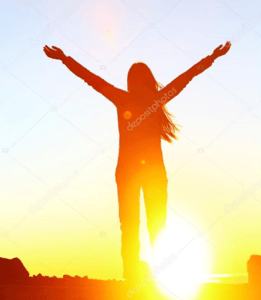 As I indicated on the Home Page I'll post the whole of the first leaflet below, mainly because it's only a couple of pages. It does however have that theoretical interest I mentioned, of unexpectedly finding things you weren't thinking of within CODE theory turn out to provide perfect examples of it, in this case the damage to local and individual creativity in pop music by mass institutions, here private corporate ones, though the state itself may well do the same. It's the 5th March 2020 as I write, and I'll post on the Theory and Practice Page some interesting commentary by Bertrand Russell on Rousseau's thinking about this that I came across yesterday. Arising from this, there are further theoretical implications relating to "happiness" associated with the practice of background music being played, basically, everywhere indoors.

STOP FOR A SONG AND GET A TOM SONG APPROVAL CREDIT

Tamworth Only Music (TOM) is a little symbolic gesture by me of concern about some aspects of the pop music industry. TOM is just a selection of songs written by me which I only play in Tamworth and aren't recorded (to my knowledge) that you can therefore only hear in Tamworth. I'm a little concerned at some effects of how the mainstream music industry operates. It seems to prefer to have a limited number of contracted performers for whom it achieves star status with large recording distribution, media and other marketing networks. My impression is of a shift from a relatively larger number of smaller record labels, which meant more artists were signed, to fewer big labels, though I may be influenced there by thinking that's just normal business process. It is a shift we can understand, as it is presumably easier to make more profit from paying a few stars than a large number of smaller names. It's all quite legal, so we can say good luck to all involved.

But any such change will affect elements of the music industry. Obviously, a shrinkage in the number of contracts means less musicians can make a living out of their music alone, and this can mean a big drop in the number of musicians applying their talents to recording based careers - basically to their music full-time. We can see that this can mean many less different artistic styles have the chance to develop, a serious source of decline in the music industry. Songwriting in particular is a basic craft that will wither, because a recording career is based overwhelmingly on original songs. Less creative talent aiming to reach the standard of recording success implies a decline in the overall quality of pop music.

On the corporate side, the reliance of big music labels on distribution and marketing to promote stars means that other factors than musical quality are determining sales success. The incentive to write better songs and innovate performance styles is reduced where distribution and marketing of songs, and of stars themselves as of outstanding calibre, takes the place of quality. The concentration of the industry in these terms makes me worry that songs are written in corporate "factories" to formulae determined by the musical and personal star styles the marketing is making fashionable for consumers to patronise.

So, while the corporate operation will continue, and there will often be a couple of great new songs a year to download, I am suggesting that local community support - very Church of Democratic Enlightenment (CODE) - may be the only way to stop the pop music industry dying. Signs of its demise have long been evident in how much radio air-play is over twenty, thirty and forty years old, radio stations specialising in music of these past eras for what can only be one reason- quality, music that endures.

That brings us to what forms this support of local musicians might take, and that is too complex for this leaflet. Clearly I'm asking for busking support, and though I'm unusual in that all my takings will go to CODE, that has always been a musical as well as a political and religious project, and in any case Just includes putting food on my table like any other musician's. What else we can say begins that local support for local musicians playing 'covers' - other people's recorded songs - is not changed by anything here, but further encouraged. The classics not only are and will remain crowd favourites, but any support of local artists will have the effect of freeing their time to work on their music. The hotels, with the clubs, the backbone of local live music, are themselves an industry apparently under strain. Live music needs support all the more there. But expanding local patronage and support of live music may need musicians to consider other ways of bringing it to the public, and smaller bar and restaurant venues already show this happening.

There can be no evading for me a focus on original composition and creative originality generally, because that is the life-blood of the music industry which I think the big corporations are cutting off, and, which is the same thing, is the key to better music being available to local communities. Musicians playing original songs do not of course need to have written the songs themselves. If local support for original work means songwriters with no performance ambitions become a larger extension of the industry, all the better. The contributions of such people through performers like Elton John need no further argument.

Responsibility for the view of the industry here is entirely mine, since though I talk to musicians, none were consulted in writing this.

I don't expect other musicians to go to the extremes of my Tamworth Only Music, as I say just a marketing gimmick of mine that suits me because, for one thing, I don't travel to other towns to play professional gigs.

I'll finish here on a speculative note, starting with the idea of Council scholarships for original musical work. I can't recommend them here, because I'm not sure how they would operate, and I think we like to try private individual support first, though if we always rely on that, we wouldn't have public schools, hospitals or highways. It's all ultimately majority, and whether we'd see music as essential like education, health and transport. But Tamworth sounds like the town to give a lead in preserving music.

More widely, again very CODE, I support the free market,, but that it offers the solution to all problems I see no evidence of, much against, and worry that that is an excuse for people to make lots of money for stuff that is inferior in what it offers society. The spin-offs of competition seem a mixed bag all round. On music, the sales of recorded music seemed a great idea, worked out well last century, may work well again. Now, with its corporate situation, I'm not so sure. Money itself is of course one of the earliest instruments of our civilisation, undoubtedly essential to us. While it's really handy to be able to express the value of so many things in money instead of having to take your wheat to the store to shop with, I'm a bit worried that the idea that everything has a money value might be biased a bit in favour of, well, making money. Now, um, that doesn't sound like I'm going to make a lot of money, but a bit, well, that's Ok, heh, but nobody is to give me more than a million dollars. Except Jeff Bezos.

TELL ME WHAT YOU THINK OF THE IDEAS HERE

ASK ABOUT THE CHURCH OF DEMOCRATIC ENLIGHTENMENT

(or raise any social issue and I'll give you the CODE thoughts on it)                  Check out www.churchofdemocraticenlightenment.com (still under construction) or email me at [email protected]

Look for me in Peel St every Monday

SUPPORT MUTT - MUSIC UNIQUE TO TAMWORTH! ER, NO, TOM! THAT!